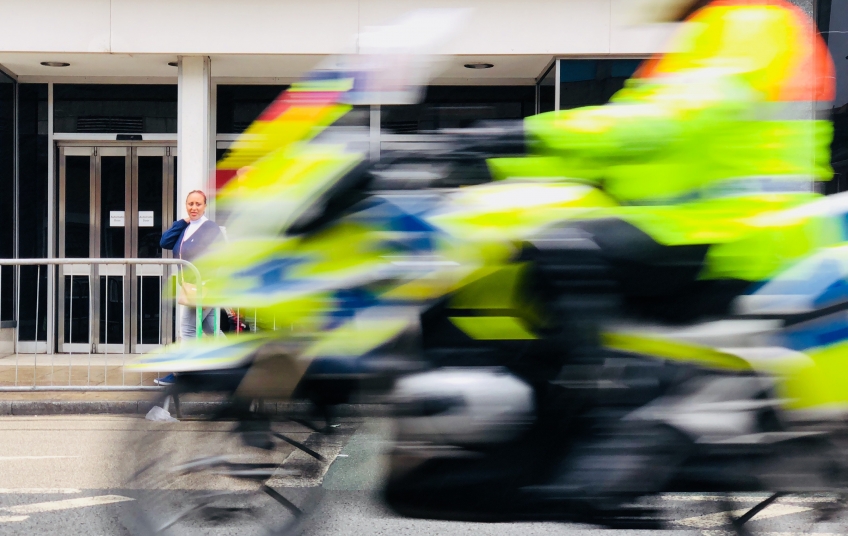 This case study involves speeding and careless driving. Michael had been seen by police officers speeding at over 40mph above the speed limit. They put the accelerator down and chased him. When he belatedly saw them approaching very quickly from behind he was hurried into an ill-judged manoeuvre which almost caused a high-speed collision. Consequently, he was accused of both speeding and driving without due care and attention.

When Michael came to see me he had intended to plead, ‘Not Guilty’ to careless driving and to admit the speeding matter. Based upon his own account I advised him that he would probably be convicted of careless driving anyway. I explained that the sentence might well be markedly harsher if convicted after a trial (as opposed to admitting guilt by pleading ‘guilty’.) As Michael was desperate to minimise the length of any driving disqualification, as his job depended on his licence, he was anxious to make the right decision. He decided to follow my advice and admit both offences. I advised Michael of the evidence he needed to gather by way of mitigation in time for the court hearing.

Michael could reasonably have expected a driving disqualification in the region of 3 months (even after ‘Guilty’ pleas). Instead, the court was persuaded simply to endorse his driving licence with penalty points! Michael could hardly believe his good fortune as this meant that he would be able to keep his licence and his job.

With careful consideration of plea, advance preparation for the hearing and persuasive representation in court surprisingly good results can sometimes be obtained.

‘’When I engaged Sunil I had no idea how the court process would work or what the merits of my case were. I would have admitted to the speeding and probably contested the careless driving allegation. It is only having received clear advice from Sunil when I met him that I understood my interests lay in admitting both allegations (even although my job depended on my driving licence). Due to the excellent advance advice and an equally assured handling of proceedings in court on the day (both were essential) Sunil was able to steer the court to the very sentence I would have asked for. I could not have asked for better. Thank you, Sunil.’
Michael