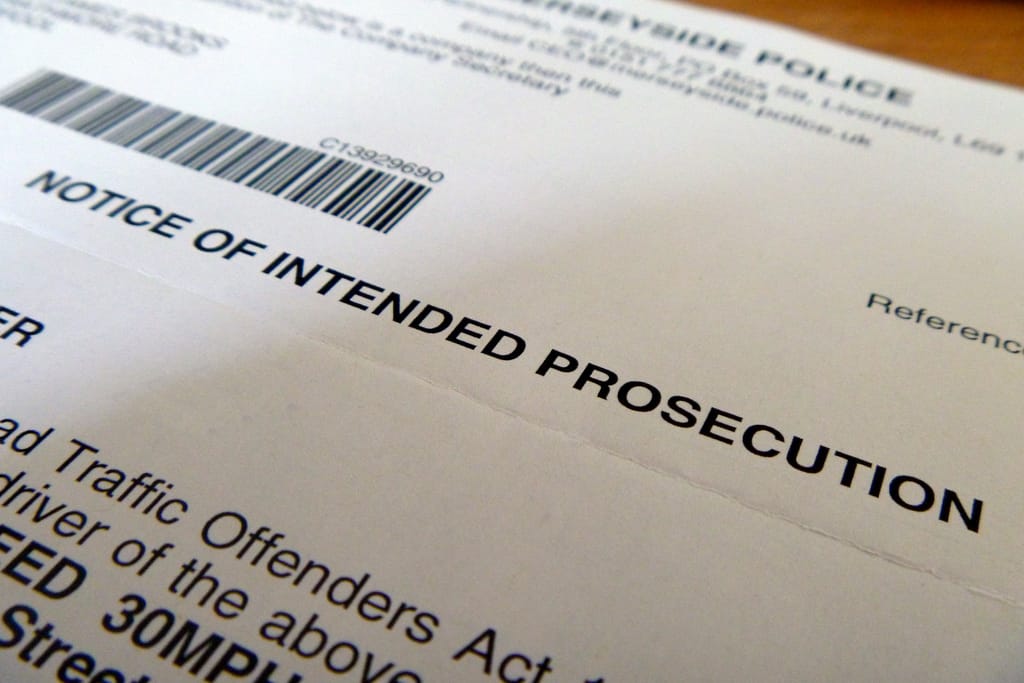 Have you received a Notice of Intended Prosecution?

If you have received a notice of intended prosecution you may be wondering what it is,  read on. The law (Section 1 of the Road Traffic Offenders Act 1988) requires that, for a person to be convicted of certain road traffic offences, he or she must

Can I be prosecuted if I am not notified within the 14 days of a driving offence?

If none of the above occur it is a bar to conviction. However bear in mind that the police have a ‘get out’ clause. If the police can show they acted with ‘reasonable diligence’ in trying to trace the accused/registered keeper but could not have been expected to do so within the time limit, then the limit may be found by a court not to apply.  Also if the accused makes it difficult for the police to trace him this can also be taken into account.  For example, if the registered keeper changed address but failed to notify the DVLA or the vehicle was in a company name rather than that of the driver.  Such circumstances could mean that the 14 day time limit would be held not to apply.

Does a notice of intended prosecution apply to all driving offences?

There is a long list of offences to which this section does apply including driving dangerously, without due care and attention, speeding and certain offences of failing to comply with traffic signs. However, please note that the requirement to serve a notice within 14 days does not apply if the vehicle concerned was involved in an accident at the time of the offence.  By the way, don’t assume you will be able to avoid a prosecution just because the first you know of an allegation is when you are summoned to court for an offence months after the 14 day time limit has expired; if the police claim a notice was served by first class post it is presumed it was unless or until the contrary is proved ie there is a rebuttable presumption of good service.  In practice, this would probably mean you could only overcome this by attending your trial and giving evidence in your defence that the notice was not served.

Must a notice of intended prosecution comply with certain requirements?

Yes, the notice must comply with certain requirements including specifying the nature of the alleged offence and the time and place where it was alleged to have been committed.  NIPs are used in countless cases as it is very common for offences to be alleged after the event (for example, when a matter is subsequently reported to the police or when there is photographic evidence which leads the police with the details of the registered keeper but the vehicle was not stopped by the police at the time).  This often explains why NIPs are often served together with a notice requiring the registered keeper to identify the driver of the vehicle at the time of the alleged offence.

Section 172 of the Road Traffic Act, 1988, gives the police power to require the registered keepers of vehicles, to whom the section applies, to identify the driver at the time of an alleged offence.  Failure to do so, within 28 days of service of the requirement, is itself an offence (subject to certain statutory defences).  I have come across clients who have failed to respond to such notices in an attempt, for example, to avoid simple speeding convictions which would have been dealt with by way of a fixed penalty, such as 3 penalty points and a fine, only to find that failure to comply with the requirement to identify the driver is regarded as a more serious offence punishable by 6 penalty points and a fine!  Then, of course, there is the true story of Chris Hughne and Vicky Pryce (husband and wife, as they once were,) where she accepted responsibility for offences committed by him to save him from the imposition of penalty points only to result in them both, eventually, being sent to prison for trying to cheat the system.

So, beware, don’t make the mistake of underestimating the importance of carefully considering any NIPs/S172 requirements that you may receive.  Failure to complete them honestly/properly can land you in much more trouble than you might expect!

If you need help or advice as to whether you have a defence or as to how best to complete an NIP please don’t hesitate to give me a ring.