How to avoid Disqualification for Speeding 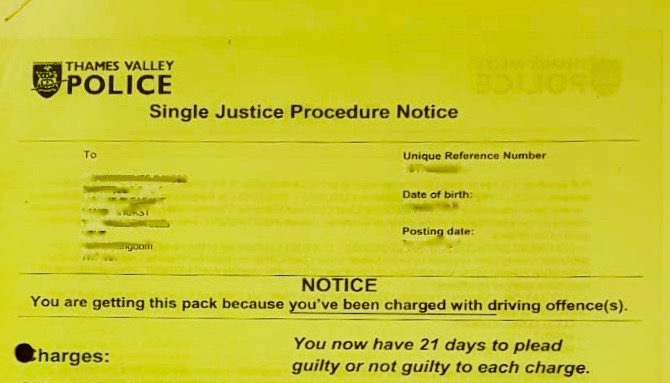 Luca (an alias) was in a rush for work one day and was stopped by an officer for driving at more than 30 mph above the speed limit.  He later received a Single Justice Procedure Notice.  He completed the Notice admitting the offence and elected to be sentenced without having to attend court (one of the options in the Notice).  Due to the margin by which he had exceeded the limit, he was required to attend Bromley Magistrates’ Court so that they could consider whether he should be disqualified from driving and for how long.

We arranged to meet and discussed those factors which a sentencing court might consider to be in his favour with regard to the offence and in his personal and work circumstances. We deal with motoring offences every day so we can see straight away what steps should be taken in advance of the hearing to improve the chances of avoiding a ban. (Different factors apply to each client. Usually, we advise on obtaining written documentation to verify selected aspects of background information. In Luca’s case, this advice included taking a certain driving course and to attend at court with his certificate of completion for that particular course).

The court said that in the light of the evidence that had been presented on Luca’s behalf (including the driving course certificate) and, having listened to the way his case was presented, that they would not disqualify him at all but would simply impose a fine and penalty points! Luca was very pleased to avoid the ban and the significant impact upon his personal and professional life that would have followed had he not been advised to prepare for the hearing as he had:

He wrote: ‘The difficulty that a ban would have caused me in my personal and professional life did not bear thinking about (not to mention the vastly increased insurance premiums that I would have been charged had I been banned). I am most grateful to you for guiding me through this process. Without your expert advice and representation, I fear I would have suffered an entirely different fate.’

If you have read this far you may be in a similar position to Luca ie facing the prospect of being disqualified from driving in which case it is essential for you to get expert advice on the steps you can take now to minimise your risk of a driving ban.  If you wait or take the wrong steps, you may miss the opportunity to save your driving licence.  Contact us now for a no-cost review of your situation to see how we can help you – you can email enquiries@kenttrafficlaw.co.uk