Have you received a Notice of Intended Prosecution? 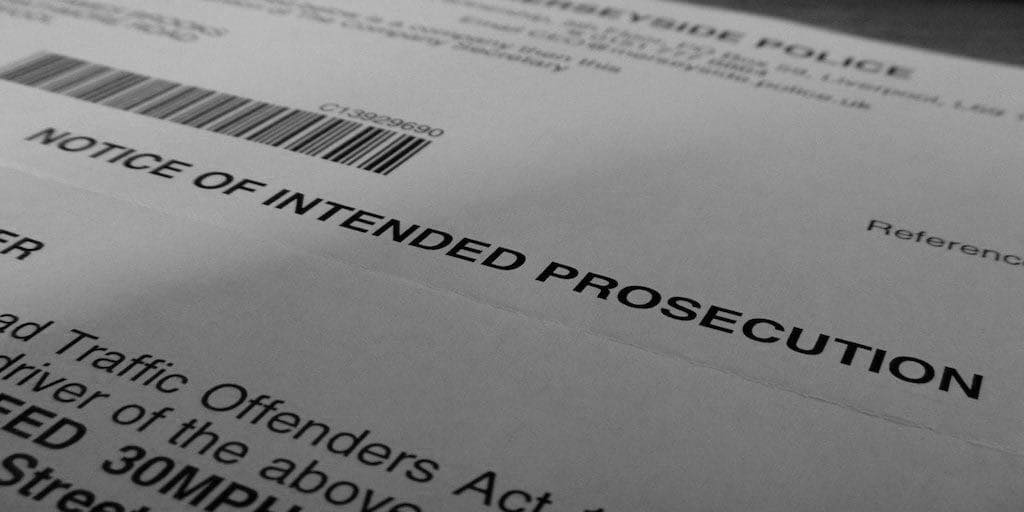 David received a Notice of Intended Prosecution advising him that consideration was being given to prosecuting him for Dangerous Driving, Careless Driving and Failing to Stop or Report following a road traffic incident. He also received a Notice requiring him, as the registered keeper of the vehicle in question, to supply the driver’s name and address. David was the driver at the time, and, as with anyone in such a situation, he was concerned that he could be prosecuted for, and convicted of, criminal offences. However, in compliance with his legal duty he intended to complete the form admitting he had been the driver.

David had 28 days to reply. He knew he had been involved in a minor incident on the road. The Notice offered him the option of setting out his own written account of the events stating,

‘This will assist us in deciding on the appropriate course of action’.

David had the choice of leaving this part of the form blank or sending off an account. What should he do?

Here are a list of some of the matters which David was not sure about:-

What David did next

He engaged me to assist him with how to respond and to represent him in court in due course should the need arise.  Having given a detailed account of the incident to me I advised him of the law as it applied to the facts he had described.  Based on 25 years of experience of police and CPS procedure I suggested a draft response (any such response must be entirely true to the account supplied by the client but, crucially, how matters are expressed and which factors are included is, in my experience, of the utmost importance).

Within a few weeks of sending off this response the police wrote to David advising him they proposed to take no further action in this matter!  David was kind enough to email me straightaway stating,

‘This of course is absolutely fantastic news, and I would like to express my deep gratitude for your help and assistance with this matter; from our initial phone conversation, to our subsequent meeting and for your help with drafting the response to the Notice of Intended Prosecution.  I honestly believe that if I had not sought your help, then the outcome would have been very much different.’

Most of us will never have received a Notice of Intended Prosecution. Consequently, we don’t know how best to respond. Should we supply an account (when we don’t know the relevant law or legal procedure being applied by the police)? Nor do we understand the legal elements of the offences under consideration or in what circumstances the police will exercise discretion either to prosecute or not to prosecute. We could unwittingly actually increase the prospect of prosecution by supplying an account! In such circumstances, you may think that by engaging an expert you will optimise your chances of a positive outcome. I regularly advise clients on how to respond to such Notices. Of course, there are no guarantees and each case turns on its own facts, however, if the police do decide not to prosecute you will have avoided the risk of conviction as well as the costs and stress of prosecution simply by engaging an expert at the outset.