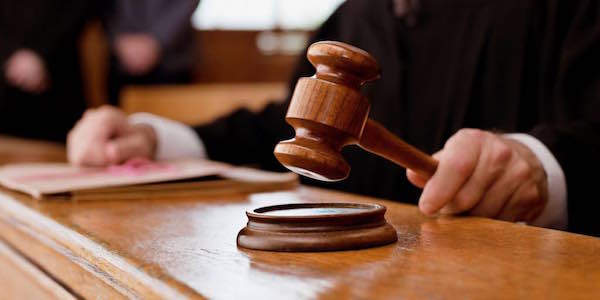 All Defendants have an automatic right of appeal to the Crown Court (if they pleaded ‘Not Guilty’ against conviction and / or sentence, and if they pleaded ‘Guilty’ against sentence only).  There is a time limit of 21 days from the date of sentence within which to appeal (although very often the Crown Court will retrospectively extend the time if asked).  In order to appeal the appellant simply has to complete a notice of appeal and supply it to the relevant parties.  If an appellant knows he is going to appeal straightaway he can complete and submit a notice of appeal on the occasion of his sentencing in the Magistrates’ Court and hand a copy to the court and to the Prosecutor.  Otherwise, the form can be obtained online.

Suspension of Disqualification pending the hearing of your Appeal

Often an appellant who has been sentenced in the Magistrates’ Court will want any disqualification imposed to be suspended pending the appeal.  Fortunately, one can apply to either the Magistrates’ Court, which imposed the sentence, and / or the Crown Court, which is to hear the appeal, to have any ban lifted pending appeal.  If you wish to make such an application you should specifically state upon the appeal form that you are also appealing against the order of disqualification and that you wish to apply to have your ban lifted pending appeal.  A good time to make such an application is immediately upon sentencing (assuming you know that you are going to appeal and that you submit an appeal application straightaway).

An appeal is by way of a re-hearing.  Appeals are usually heard by a Crown Court judge and two magistrates (not a jury).  If it is an appeal against conviction the court will hear the case anew from start to finish with evidence being called by both parties.  The appellant can call new witnesses not previously relied upon or the same witnesses as he or she chooses.  If the appeal is against sentence only the court will hear the facts from the Crown before hearing on behalf of the Appellant.

If you appeal the Prosecution may well instruct a barrister to deal with the hearing.   The Appellant can expect to be cross-examined by him or her if appealing against conviction, arguing special reasons, or, if trying to avoid a ban by establishing ‘exceptional hardship’.  If you were to lose your appeal the Prosecution would be entitled to ask you to pay their costs – which could be far higher than those in the lower court. If you represented yourself at the Magistrates’ Court, or you were not satisfied by the representation that you received, you may wish to consider instructing an expert in this type of case.  Don’t forget that if your appeal is successful an application can be made for a Defendant’s costs order for costs to be assessed and paid out of central funds although you should bear in mind that if such an order is made they are usually only paid at ‘legal aid’ rates.